Cardano price is coiling along the all-time high, unable to participate in the rally of the broader crypto market. The 10-week simple moving average (SMA) has caught up to price, but one final bear-trap may be necessary to remove the weak holders and engage speculators with a longer-term horizon.

The Intotheblock Ownership by Time Held indicator is helpful to put the time horizon of holders in context. By assessing shifts between long-term and short-term holders’ dominance, you can get a better idea of the type of trading activity taking place for a particular crypto-asset.

The transformation has been gradual, particularly the spike in Traders. Traders jumped from 11.88% in December 2020 to 50.12% in February, indicative of chasing the Cardano price, which entered a rally at the beginning of 2021 from a cup-with-high-handle base, and ultimately, reaching a price well in excess of its intrinsic value. In contrast, Hodlers fell from 32.88% to 15.85% over the same period, illustrating that long-term speculators took advantage of the rising price action to liquidate or cut positions. 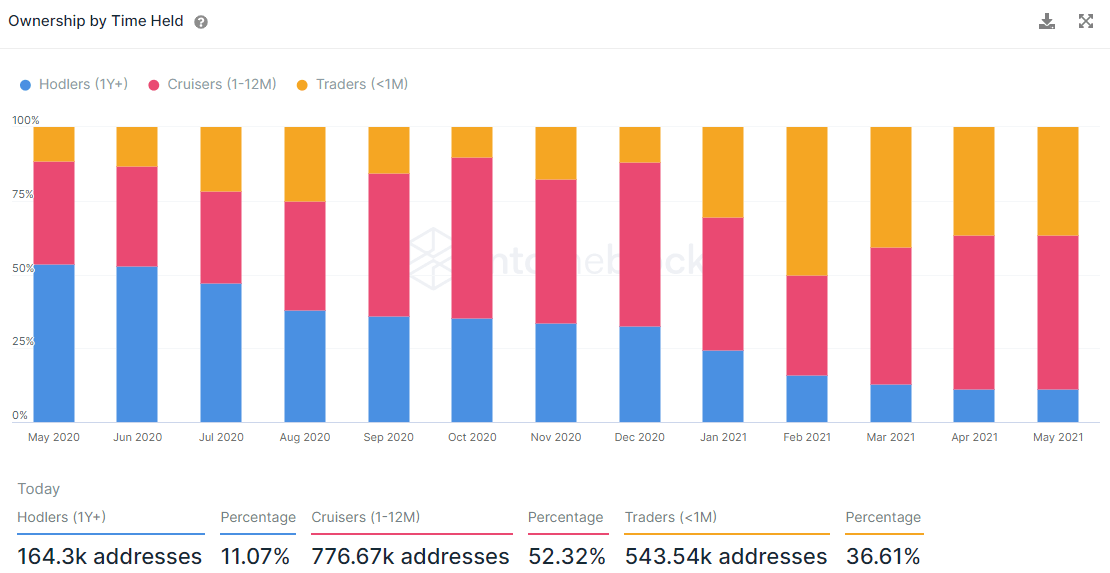 Since the February peak when Carado price reached $1.559, the number of Cruisers (1-12M) has risen from 34.02% to 52.32%, possibly as the late-to-the-party speculators have shifted their time horizon to more than a month, refusing to take a loss or break even on their trades. Meanwhile, Traders have remained the same as they try to game the breakouts above the all-time high.

If Hodlers are considered the smart money, Cardano price has a higher probability of resolving to the downside as Traders will liquidate at the first sign of trouble. Cruisers will have their chokepoint, adding to the selling pressure a little farther down on the chart.

Cardano price has relinquished a position on the performance podium

Cardano price has accumulated four failed weekly rallies above the 2018 high at $1.397, each with a lower volume than the previous. During the time, the weekly RSI has fallen below the neckline of a head-and-shoulders top, confirming a breakdown in momentum and making it more difficult for ADA to charge higher, particularly through an all-time high.

Another weekly close below the 10-week SMA would be a blow and will likely trigger a sell-off, taking Cardano price below the 100-day SMA at $1.04 and down to the April 23 hammer low at $0.890. It would be a welcome release of weak holders. 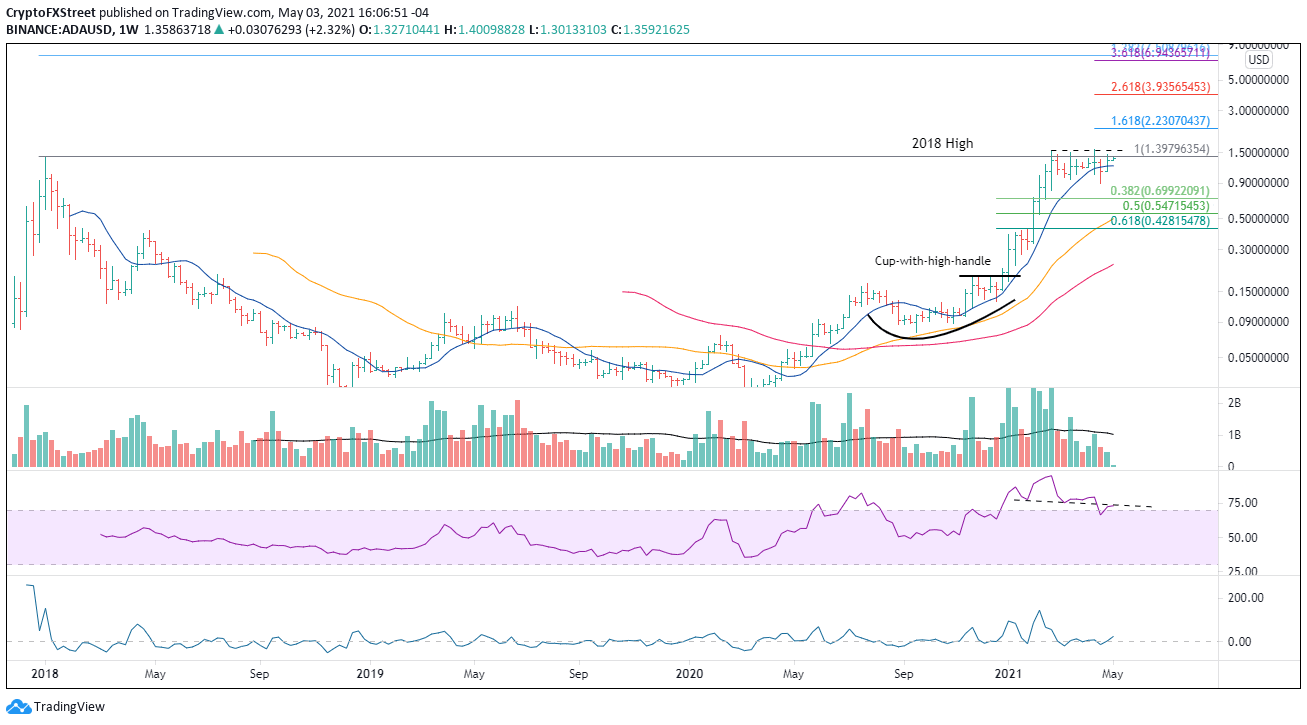